Normally not grown in Thailand, we have a Canna indica (Indian shot) variety with dark red seed pots. The leaves of this attractive ornamental plant have fine red edges. At Discovery Garden we have seeds and live plants of Canna indica for sale for Thailand, Laos and the world. 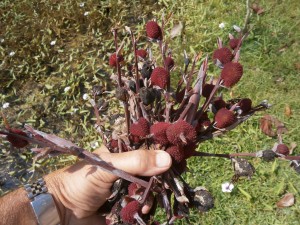 When I was in Caracas, I saw this very attractive Canna indica plant with the impressive red seed pods in front of my hotel. Naturally I not only took pictures of that beautiful Indian shot variety but stole some seeds every day I spent in that horrific place. 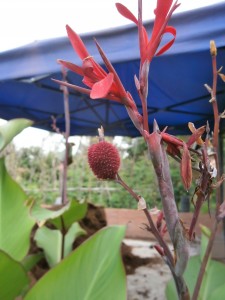 Initially I had problems growing Canna indica from seeds in Thailand and Laos, but now I got it and the germination rate is well over 90 percent. 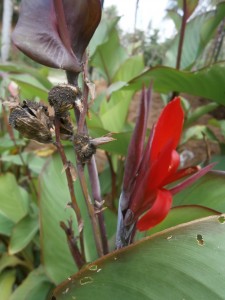 The red seed pod of the Canna indica turns brown

The most important thing is to soak the very hard black Indian shot seeds for 48 hours prior to sowing them. Then, as soon as they have germinated, I move the new small plants into a place with full sun exposure, but keep them carefully wet at all times. 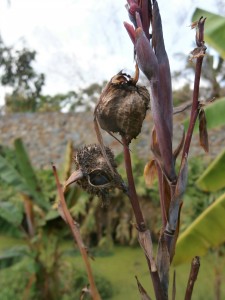 Alternatively I just tried a different method: Since Canna indica plants grow or thrive in flooded areas, I have thrown some seeds into the fishpond. Since the very hard black seeds sink into the water, I hope to gain new plants of this Indian shot variety with the red seed pods. 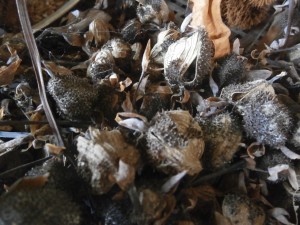 I collect the Indian shot seeds to sell them in Thailand, Laos and the world

Canna indica plants are also used to clean up polluted water. Hopefully my Thai fish ponds in Pattaya and Nong Khai (near the laotian border) will not only be beautified by Indian shot plants, but also be cleaned by them. 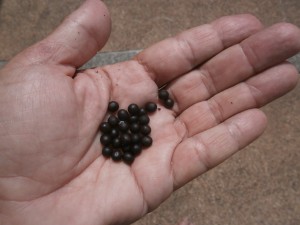 But not only the flowers and the shiny red seed pods of Canna indica are an asset of any garden, so are the attractive leaves with the red edges. 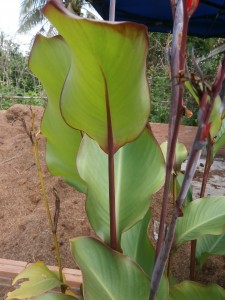 Canna indica plants can also be grown from seeds in Europe during the warmer season. 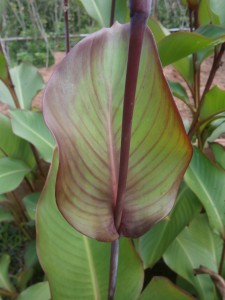 During the Indian Mutiny of the 19th century soldiers used seeds of the Canna indica as bullets when they were out of the real stuff. We at Discovery Garden like to grow new Indian shot plants out of the seeds for display in our locations in Pattaya and Nong Khai or we sell those seeds worldwide. 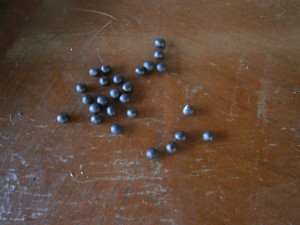 The seeds of Canna indica are so hard, thez can be used as bullets