Amongst many other little known tropical fruits we grow for instance Tiesa (Pouteria campechiana) at Discovery Garden Pattaya (Thailand). Due to the texture of the slightly sweet yellow flesh, which tastes a bit like boiled egg yolk, tiesa is often referred to as “eggfruit”. Like graviolas, the fruits are harvested between early January and late February in Pattaya. 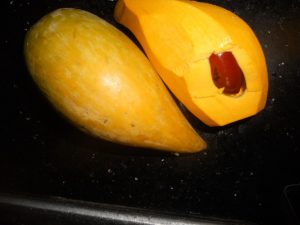 Last year our most mature tiesa tree or canistel bore just one single fruit for the very first time, but it never turned yellow, did not ripen. But this year this very same tree is bearing more than one hundred fruits. 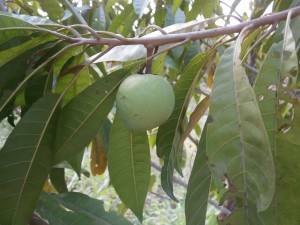 This was the very first tiesa fruit at Discovery Garden

Originally the Mon Khai (ม่อนไข่) as it is called in Thailand came from Mexico and was initially cultivated in the Philippines which were governed by the Spanish through Mexico. 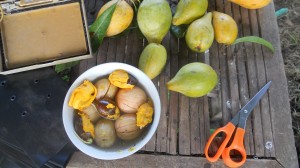 I saw the first Tiesa fruits and trees in Thailand in Nong Khai where it is also sold in the markets. The fruit contains between one and six shiny brown seeds which germinate quickly, but afterwards the growth of the tree is relatively slow. It takes about six years until the first harvest is possible. 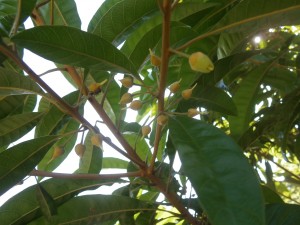 That is how the tiesa starts

Tiesa fruits can be eaten out of hand or turned into jams or ice creams: That is how we preserve our Tiesa harvest at Discovery Garden where seeds, seedlings and larger Tiesa plants are for sale. 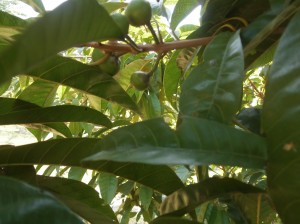 Then the fruit develops quickly

Tiesa fruit flesh can also be combined with spicy seafood salad and rice noodles or eaten together with Ceviche. 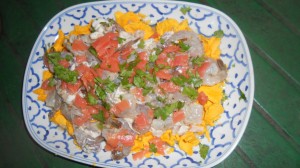 The tiesa fruits are either round or elliptic but both should turn yellow to orange before they can be eaten. 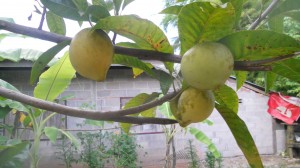 Soon those tiesa fruits are ready to be eaten

If you visit Discovery Garden between early January and late February you can see ripening Pouteria campechiana fruits which are an eye catcher in any garden. 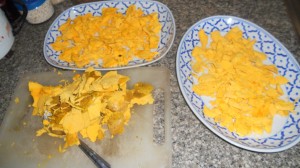 Ready to be eaten: tiesa flesh